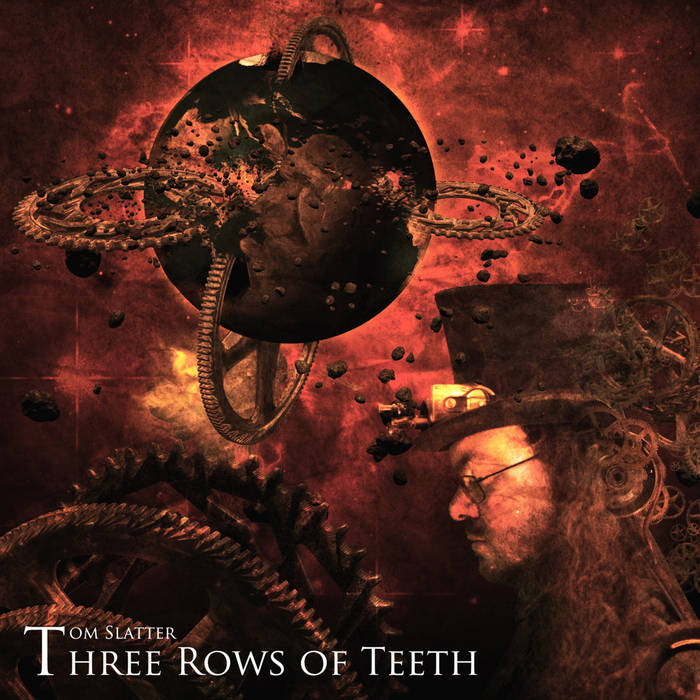 Sven B. Schreiber I accidentally bumped into "Papercuts Sunlight Snow" and downloaded it, because it sounded interesting, and the download was free. On second listen, I realized that it was just fantastic! So here I'm back again as a happily paying customer. This is prog, where the term "progressive" isn't just written on the label. It's really something I haven't heard already a thousand times before... nor a hundred times... nor... well, frankly don't remember having heard something like that before... Favorite track: The Engine That Played Through Their Honeymoon.

Three Rows of Teeth is my third album. I love it. You were expecting me to be more balanced? No, I can't be. I honestly love the songwriting on this album.

The first two tracks, Three Rows of Teeth and Mother's Been Talking to Ghosts Again, were exercises in compound songwriting - a fancy way of saying I shoved together unrelated song fragments to construct them. I used a similar approach to the final three tracks which form the Time Traveller Suite.

In between are some more traditional verse-chorus songs in Self Made Man and The Engine That Played Through Their Honeymoon. The middle track of the album, These Tiny Things Are Haunting Me, starts with a scratchy mobile phone recording of an improvised tune I recorded in my classroom between classes back when I was still teaching.

The original mix and master wasn't perfect, particularly in the higher frequencies in the first few songs. This remaster isn't a money making gimmick (as if!) but a necessary admission that as an independent one-man-band I don't always get things right.

Three Rows of Teeth might end with a three part epic, but even so this album is the closest to showcasing my indie rock influences. These are all short, accessible rock songs. They tell stories, sometimes weird, sometimes macabre, sometimes romantic; they use funny time signatures, skip rapidly through ideas and take turns at funny angles; but at its heart this is an album of simple rock songwriting. And I'm very proud of it.