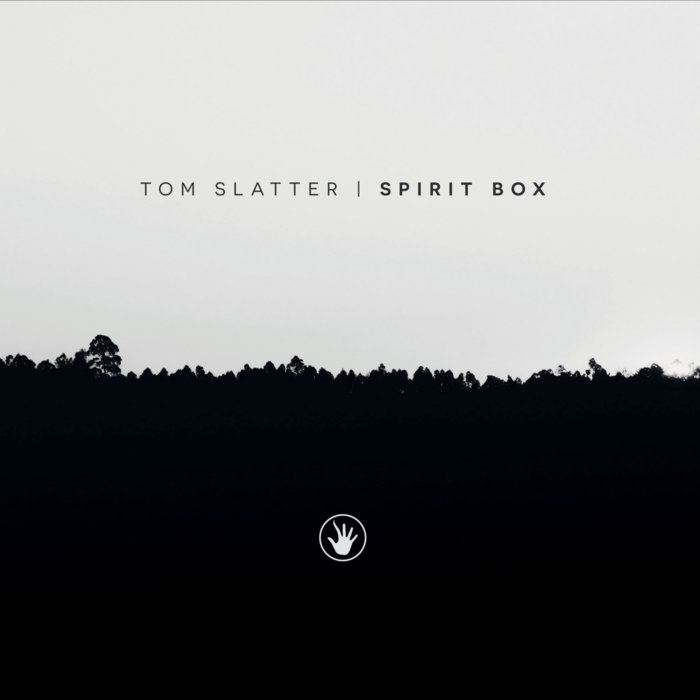 Simon Lewington If you like formulaic dross this dross will disappoint because the formulae employed on this record are direct exports from the dark machine.
And this isn't dross. Who mentioned dross?
Begone peasants!
(its not even crap)

Spirit Box is an EP of murder ballads.

First song 'Butcher Boy'​ tells the story of a butcher who practises his craft on customers he doesn’t like.
​'Ashes' is about a man who, having murdered his wife, decides he isn’t happy with the urn full of ashes he got in return. So he uses a ‘spirit box’ ghost hunting device to try to find her again.
​'August and Whiteface' tells the tale of a pair of murderous clowns, and the finale ​'And The Voices Sang' returns to the murderous ghost hunter just as he is giving up hope of ever contacting his wife again.

It is available as a download, or in a limited edition CD digipack with two extra tracks, 'Here Love Dies' and 'Paper, Scissors, Stone'.

You can also get it as a member of the Immoral Supporters subscribers group, where you get all my other stuff and a massive discount on CDs and physical merch as well


Here's the text of the letter that accompanied the original release:

Spirit Box is a project I’ve had half a mind to write for a few years now. On my second album, Ironbark, I’ve got a song cycle called The Miser’s Will. Five songs that tell a story that I can play in my solo acoustic set. The original idea with Spirit Box was to write another acoustic song cycle, but one that tells a story about the ghost hunting device known as a spirit box.

In the end it changed, as creative projects often do. The muses spoke, and rather than just songs about ghost hunting, it turned out that the theme for the EP was in fact murder.

Butcher Boy came into being when I was walking around the City of London, taking a break from making the world better as the amazing, selfless charity worker that I am, when I spied a butcher’s van. I can’t remember exactly what it said on the side, but I do know that in that instant the opening lines of Butcher Boy turned up in my head.

That evening I wrote a couple of verses for it, but wasn’t at all sure that I’d be finishing the song. It didn’t quite feel like a Tom Slatter song, to be honest. But I put a little video of that initial idea up on the old internet and one of the Immoral Supporter group denizens, Simon, said he liked it and would like to hear the finished song. So I thought I’d give it a shot. I’m glad I did. I think this song about a murderous Butcher Boy really works.

Ashes and And The Voices Sang are the narrative heart of the EP. They’re not the immediate ‘singles’, but I think they’re my favourite songs. The story is simple - there’s a guy who killed his wife but now he’s been given an urn of her ashes and isn’t really happy with the situation. In fact he sort of misses her.

So he decides to search for her ghost using a ghost-hunting device called a spirit box (sometimes called a ghost box - give it a google. They’re nuts). But, while he overhears all sorts of disturbing things, he doesn’t find her.

In And the Voices Sang he has almost given up hope. He is left with the memories of his violent past and of the woman he loved, but from the box there is only silence. And then, as he is just about to give up, the ghostly voices start to sing to him.

Both of these songs turned up pretty quickly. It’s more usual for me to write songs by frankensteining together parts of different songs I’ve written over the course of years, but that did not happen here. In fact I think out of all my stuff these two songs in particular might be the ones recorded most quickly after being written.

To make up for that, August and Whiteface is at least ten years old. It is of course about evil clowns who kill, get captured and then escape, wiping off their make-up in order to hide from the baying mob that is calling for them to be hanged.

The two bonus tracks, only available on this CD and to my subscribers, are possibly the best songs on this. It’s decisions like this that hopefully endear me to you, my loyal listener, but also that mean there’s no commercial future for me.

Here Love Dies owes quite a bit to the song Bad Dreams from my first album, but builds up to a great coda with some excellent slide guitar from Gareth. Paper Scissors Stone is a nice, friendly short song about using a children’s game to choose murder weapons.

And don’t all of them sound great? That’s in large part to my two minions in mischief, Gareth Cole and Jordan Brown.

A labour of murdery love. That’s what this project is.It’s art in the proper, slightly pretentious sense. It’s a statement I wanted to make, a journey I wanted to take the listener on as a way of helping you escape the horror of the real world by letting you experience the horror of a fictional world instead.

I hope you enjoy it, because I’m really proud of it.

Recorded at Pretzel Logic studios and The Nightmare Shed.